All the Untold Stories

It’s enough to make you go mad… as a writer, a reader, the artist, the creative, the audience missing out. It’s the realization that for every story or artwork written, performed, illustrated, or otherwise documented and shared, there are infinite others never to be known—never to be.

The sad truth first occurred to me as I dutifully jotted down yet another story idea spontaneously dreamed up. I’m in the midst of writing this story—always. I can’t bring to life every new story the very moment its first idea comes to me. I know any idea may be our best, our most fun, the most innovative, or even the one only you can tell or create. And once an idea pops into mind, seemingly out of nowhere, it can disappear—forever forgotten—just as fast. You gotta jot those suckers down, keep a record of them, log ‘em, so they can’t fly off again, back to whence they came.

But, once one of those golden little nuggets makes itself known, it comes with that in-the-moment freshness, that fire of excitement, that ease with which it can spontaneously grow and connect to a million offshoot ideas that eventually create an entire story or artistic creation. The frightening fact is obvious: the story you would write, or art you would create, in this moment is not the story or art you will create in the next. Writing when you’re “in the mood,” doesn’t produce what you’d write once the excitement for one idea has been allowed to cool down.

If you reread your drafted story today, you won’t see or feel the same things you will if you reread it tomorrow.

If you revise your work this moment, those won’t be the same revisions you’d make if you waited to revise next week.

If you write for four hours today, the words you type won’t be the same words you’d choose if you wrote the same ideas in just one hour over the next four days.

If you write a story the moment its concept strikes you and you’re burning with excitement for it, that won’t be the same story you write months or years later if you wait to begin it.

If you work on your novel in your ideal writing spot, you’re not writing the words you’d write if you wrote the same scenes or chapters on a crowded bus in Mumbai… or in the open-air suite at an on-the-water luxury hotel in Phuket.

If you’re writing a romance, still blushing from your own walk down the aisle, that’s a very different tale than the one you’d write post break-up.

And—heaven forbid—your computer crashes before you’ve saved the last additions to your digital creation. You know—from well-lamented experience—that not even an email you write in one moment is the same you’ll write the second time around when you’re forced to concoct it all from scratch again.

And so comes the very sad, scary truth. Every single choice we make, as creators, actually creates a different version of our art than would exist with a different bundle of choices made. Every moment we delay creating, is death to various versions of our art that would have been.

Of course, we can’t literally drop everything and write or paint or act the very second a new creative idea rushes at us. If we did, we’d never finish or perfect the creations we’re already in the midst of working on.

But maybe we can consciously pay a bit more attention to when and how and where we choose to contribute to those creations—because every choice changes what we create. That’s granting birth to one story and death to many others, life to one work of art and death to countless other versions… those other versions never to be seen or heard or enjoyed by anyone at all and that can never be created by anyone else in any other moment.

(and some dare deny that artists are indeed gods, even as we hold the power to create from nothing or choose to not give life to that which we would create… ha!)

Maybe the singular way to best react to grieving over the untold story, the uncreated art, is to simply create more time for creation, allowing all the more to be created, to be born, to be experienced by others.

Birth to more stories and art. Less mourning over those never born.

Be a good god. Use your powers prolifically. (or “Live long, and prosper!”)

(No doubt, I wouldn’t even end up ending this blog post this way, if I wrote it on any other day…) 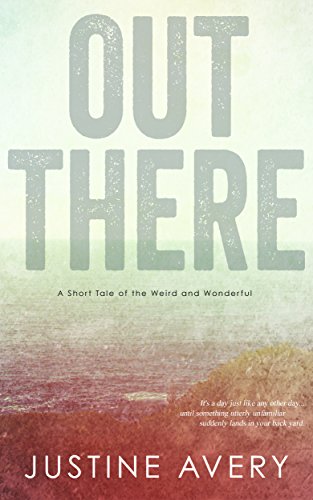 (written by Christopher McQuarrie, Jez Butterworth & John-Henry Butterworth, based on the novel by Hiroshi Sakurazaka)